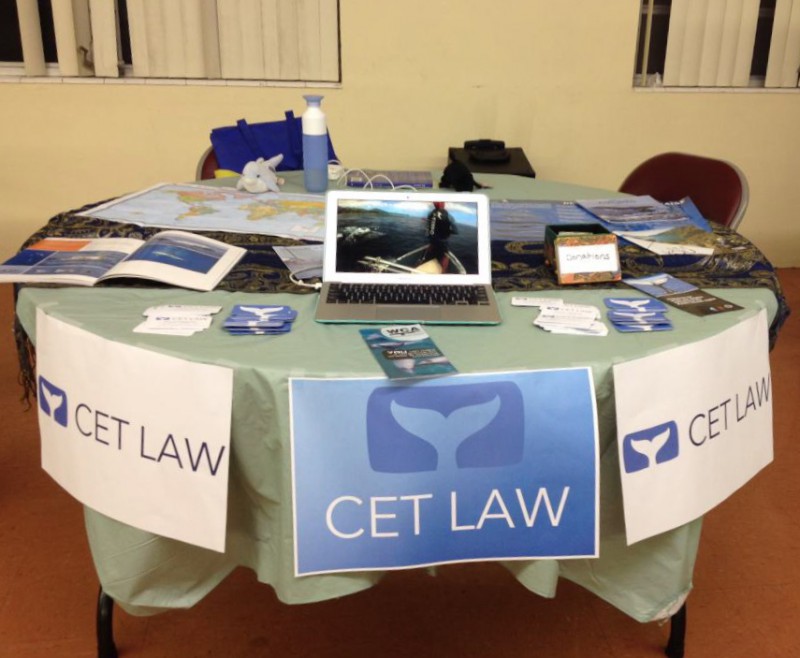 Cet Law was thrilled to make its first public appearance with a stand at the Key Largo Annual Non Profit Expo on 9 January 2015. Hosted by the Long Walk Home at the Key Largo Lion’s Den, the Expo showcased the work of Florida Not-for-Profit organisations working in the Keys and beyond. It was an opportunity for people to meet, mingle, have a meal together and understand some of the fantastic work being done in the community.

It was also a night to raise funds through a silent auction, chinese auction and raffle for the benefit of the participating not-for-profits. Cet Law was pleased to see it’s mother of pearl necklace shaped as a whale’s tail and brought in from the Cook Islands go to a very good home. A big thank you to the hosts and other organisations as well as the supporters who came out to support Cet Law and the other organisations making it a fun night!