Cet Law’s staff is made up of volunteer attorneys and attorneys-in-training from different countries who have one thing in common – a passion to protect cetaceans through the law. 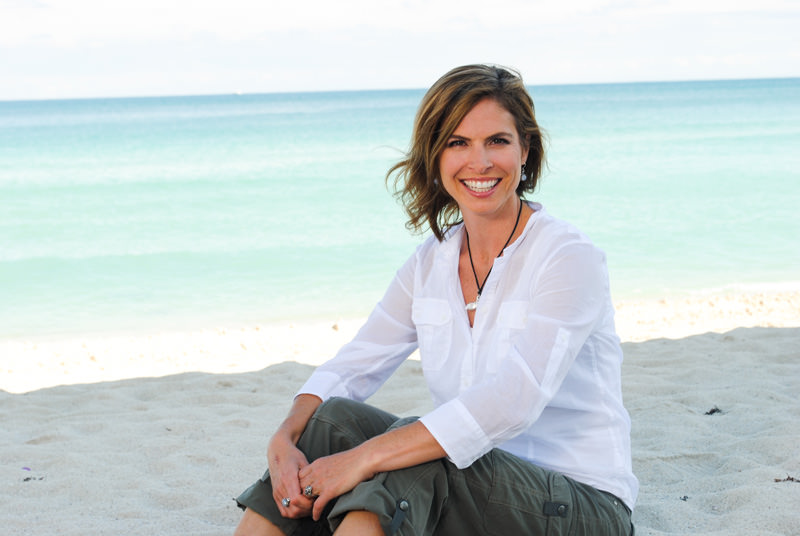 Natalie is an international oceans attorney who believes that legal protections should be earth-oriented, community-inspired, and respect all living beings. By focusing legal strategies through the lens of keystone species, such as sharks and cetaceans (whales, dolphins, and porpoises), Natalie advances protections for wildlife and their ocean habitats. She currently tackles international ocean issues as a senior attorney with Earthjustice and as a volunteer with Cet Law. Her previous work has taken her to five continents as an attorney with the United Nations Environment Program, University of Miami School of Law, Hogan Lovells, and as finance specialist with Pact, Inc. Natalie loves to spend time with her clients diving, swimming, paddling in or on the water. 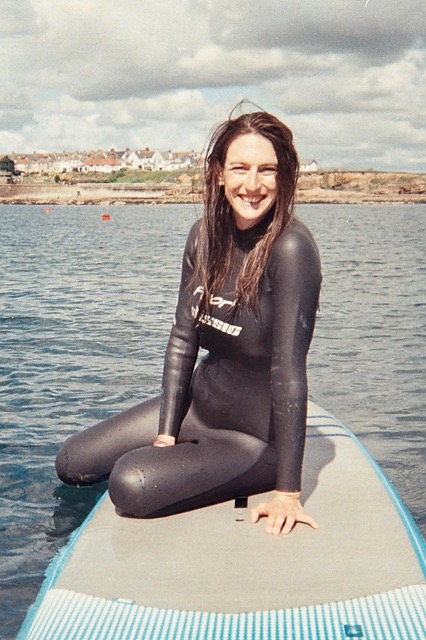 Helen is a solicitor qualified in England and Wales who is passionate about marine mammals.  Prior to qualifying as a solicitor she worked as a marine mammal scientist and environmental consultant in the UK, the United States and Canada.  It was two summers spent in the Bay of Fundy, learning about the plight of the endangered North Atlantic Right Whale that opened her eyes to the importance of the interaction between scientific knowledge and law and which prompted her to pursue a career in environmental law.  Helen was in the first year of graduates from the MRes in Marine Mammal Science from the University of St Andrews and she also has an LLM in Environmental Law from Newcastle University.  She regularly presents on the interaction between marine mammal science and law and is a guest lecturer on this topic at the University of St Andrews.   Helen has a number of roles in the UK Environmental Law Association, including being a Member of Council.  She is also a Member of Council for the Mammal Society and a qualified marine mammal medic with the British Divers Marine Life Rescue.  In 2022, Helen was listed on the inaugural ENDS Power List of 100 environmental professionals in the UK who have made the greatest impact. 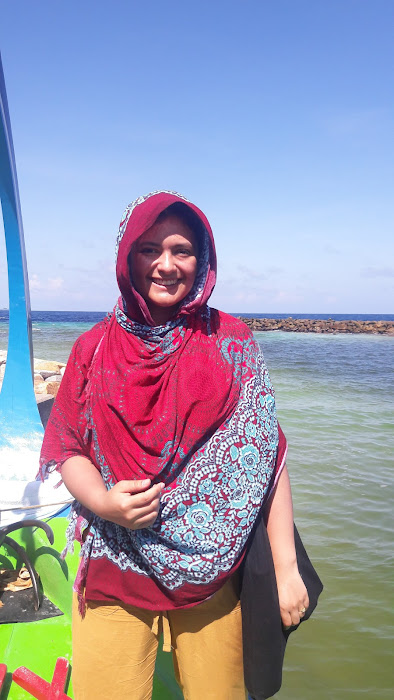 Valentina is a lawyer (Colombian qualified) passionate about marine biodiversity conservation, especially cetaceans and their habitats. She holds a master’s in Marine Systems and Policies and is currently studying for a PhD in International Environmental Law at Heriot-Watt University in Scotland.  Valentina practised litigation and arbitration in Colombia -including environmental and resource exploitation matters-. Her academic work has focused on cetaceans, environmental impact assessment, and the preservation of marine ecological connectivity.  Since moving to Scotland, Valentina has worked on interdisciplinary projects to find solutions and best practices to integrate marine biodiversity into economic sectors for its conservation. She has collaborated with organisations, including Planeta Oceano and WWF Arctic, through her work at Heriot-Watt University.  Valentina enjoys speaking about ocean conservation and sharing her knowledge through public speeches and talks. Organisations including ClimaLab, WWF Colombia and the STRONG High Seas Project have invited Valentina to present discussions on marine resources conservation and environmental impact assessment in areas beyond national jurisdiction.  Valentina holds a PADI Advanced Water Diving certificate, has done fieldwork with coral reefs in the Maldives and joins her cetacean-scientist friends for whale watching whenever she can.

Our Board of Directors brings a vast sea of experience to our work and we cannot thank them enough for their time and dedication!

Carl Bruch focuses on making environmental law work. He has helped countries across Africa, the Americas, Asia, and Central and Eastern Europe develop and implement laws, policies, and institutional frameworks to effectively manage natural resources and the environment. He is an authority on environmental governance and institutions, and particularly on the linkages between the environment, security, and peace. Among other projects, he assisted countries in West Africa evaluate options for establishing the Guinea Current Commission; examined legislative approaches for addressing marine litter; and supported efforts to improve ocean compliance and enforcement. In addition to working at ELI, Bruch has been an attorney with the United Nations Environment Program (UNEP) and the Environmental Law Alliance Worldwide. 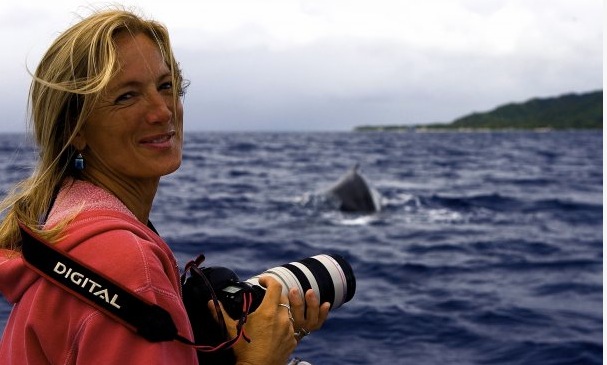 Nan Hauser is the President and Director of the Center for Cetacean Research and Conservation and The Cook Islands Whale Research Project.  Based between Maine and Rarotonga, Cook Islands, she researches the navigation, migration, behavior, acoustics, genetics and abundance of cetaceans; including satellite tagging whales to monitor their long distance migrations. Nan was integral to the formation of a 2 million square kilometer whale sanctuary in the Cook Islands’ EEZ, and founded and directs the Whale & Wildlife Center in Rarotonga. In addition to her work as a whale biologist, environmental educator, registered nurse, and ship captain, Nan conducts scientific research for the South Pacific Whale Research Consortium along with serving on their Executive Committee. 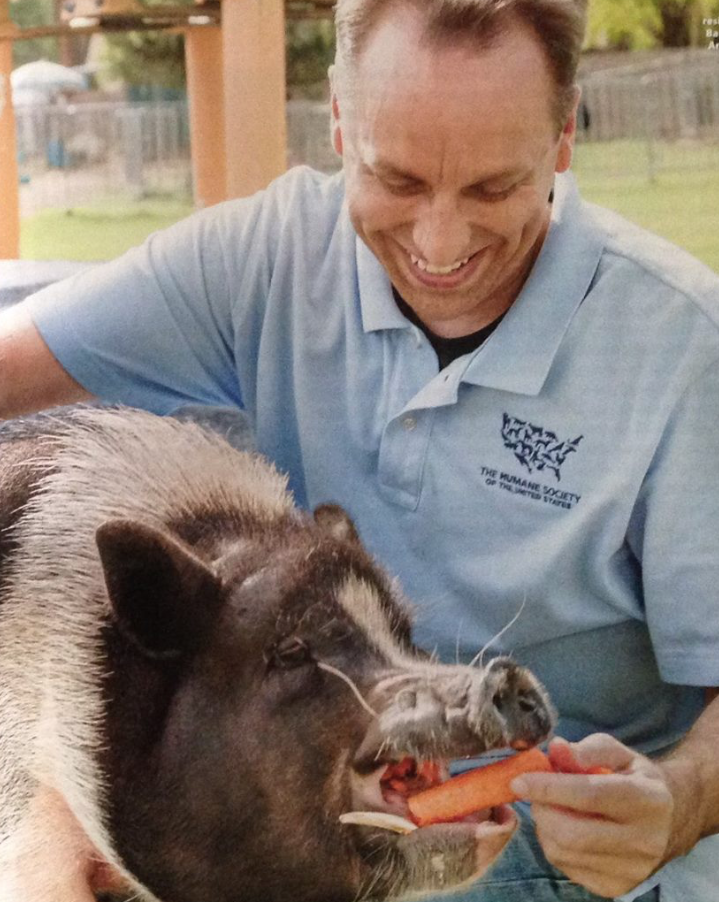 Tom Krepitch’s interest in global affairs inspired him to earn an MBA at the Thunderbird School of Global Management, which is consistently rated as the world’s best school for international business. Following a career in corporate finance, Tom enrolled in law school with the intent to practice animal law upon graduation. During law school, Tom wrote the article Detailed Discussion on Whaling, which provides a comprehensive analysis of the global whaling industry and is published on the Michigan State University College of Law’s Animal Legal and Historical Center Web site. He completed his law school career by passing the Arizona bar exam and serving as a clerk with the Animal Legal Defense Fund.

University of Miami School of Law

Marni Lennon is the founder and director of the HOPE Public Interest Resource Center, and has worked and taught at the University of Miami School of Law for 20 years, serving for nine years as Assistant Dean of Students and Director of Disability Services.

Dean Lennon established the HOPE Fellows Program, which provides students with opportunities to work locally, nationally and internationally in public interest organizations. She also directs the Miami Scholars Program, serves as an advisor to the Public Interest Leadership Board, and works closely with student organizations engaged in community outreach and advocacy. Dean Lennon has served as the Chair for the AALS Pro Bono Section and is the former chair of the National Advisory Committee of Equal Justice Works.

Courtney Vail has worked within the conservation and animal welfare field for 25 years. With a diverse background in biology, law and environmental policy, she has provided leadership for diverse domestic and international outreach and policy initiatives. Courtney has served as a campaigner, strategic planner, and director of programs for numerous non-governmental organizations focused on animal welfare and conservation, and always with a passion for seeking balanced solutions that promote understanding and empathy. Having also held positions within several Government agencies and the private sector, she has worked from within and outside of the regulatory frameworks that guide national and international policy and management.

There is no way our work could be accomplished without the support of our land mammal friends. We love and welcome all critters, but our team seems to trend feline. 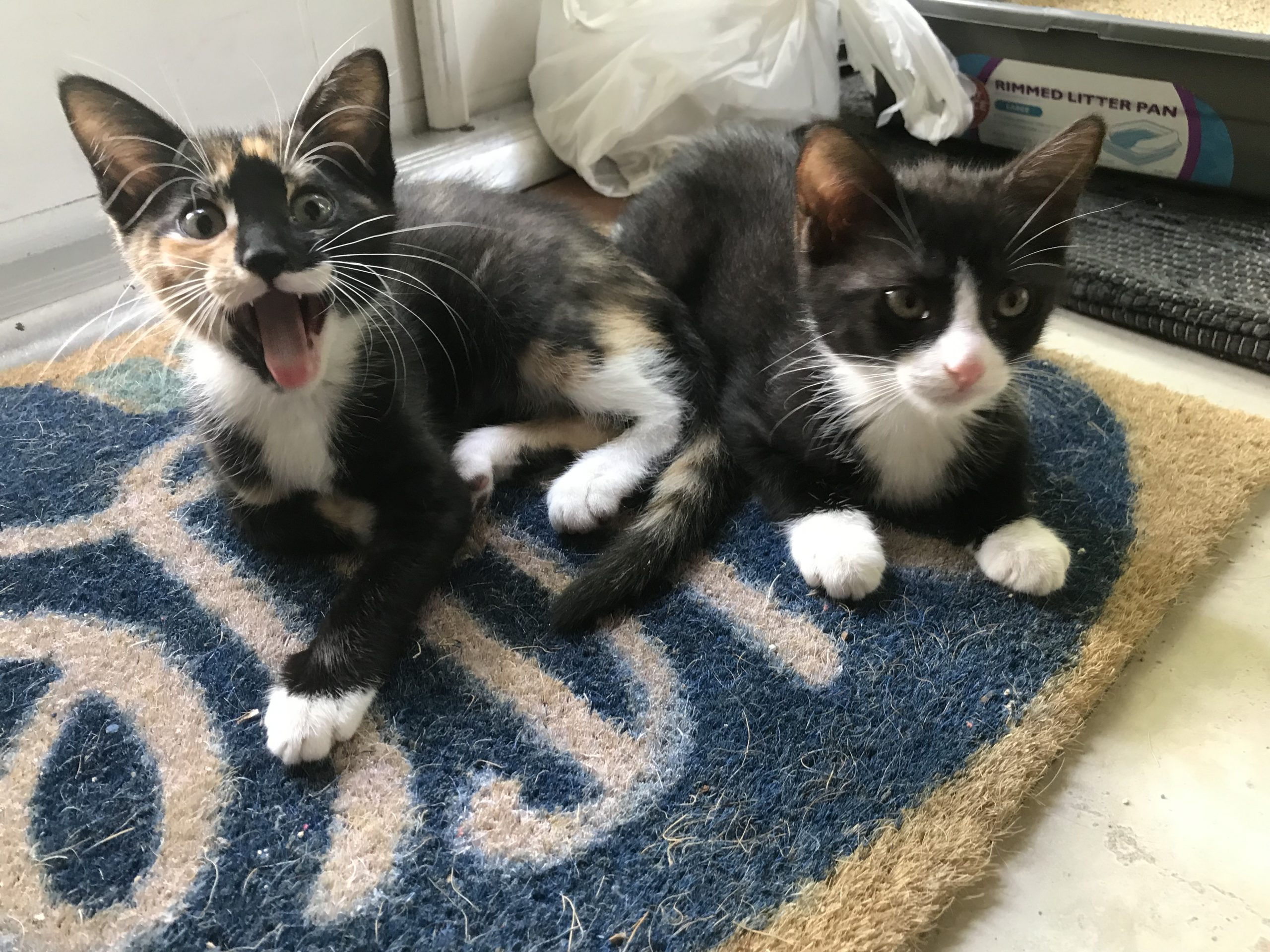 Sedna and Vaquita take their Cet Law work seriously, albeit with very different approaches. Sedna, named after the Inuit goddess of the sea and marine animals, is an adventurous calico, who is not shy about making her presence, thoughts and needs known, particularly as soon as the zoom starts. Vaquita, a tuxedo cat who is not easily impressed, takes after her namesake and will rarely make an appearance on zoom, while remaining vital and solid support in the background. 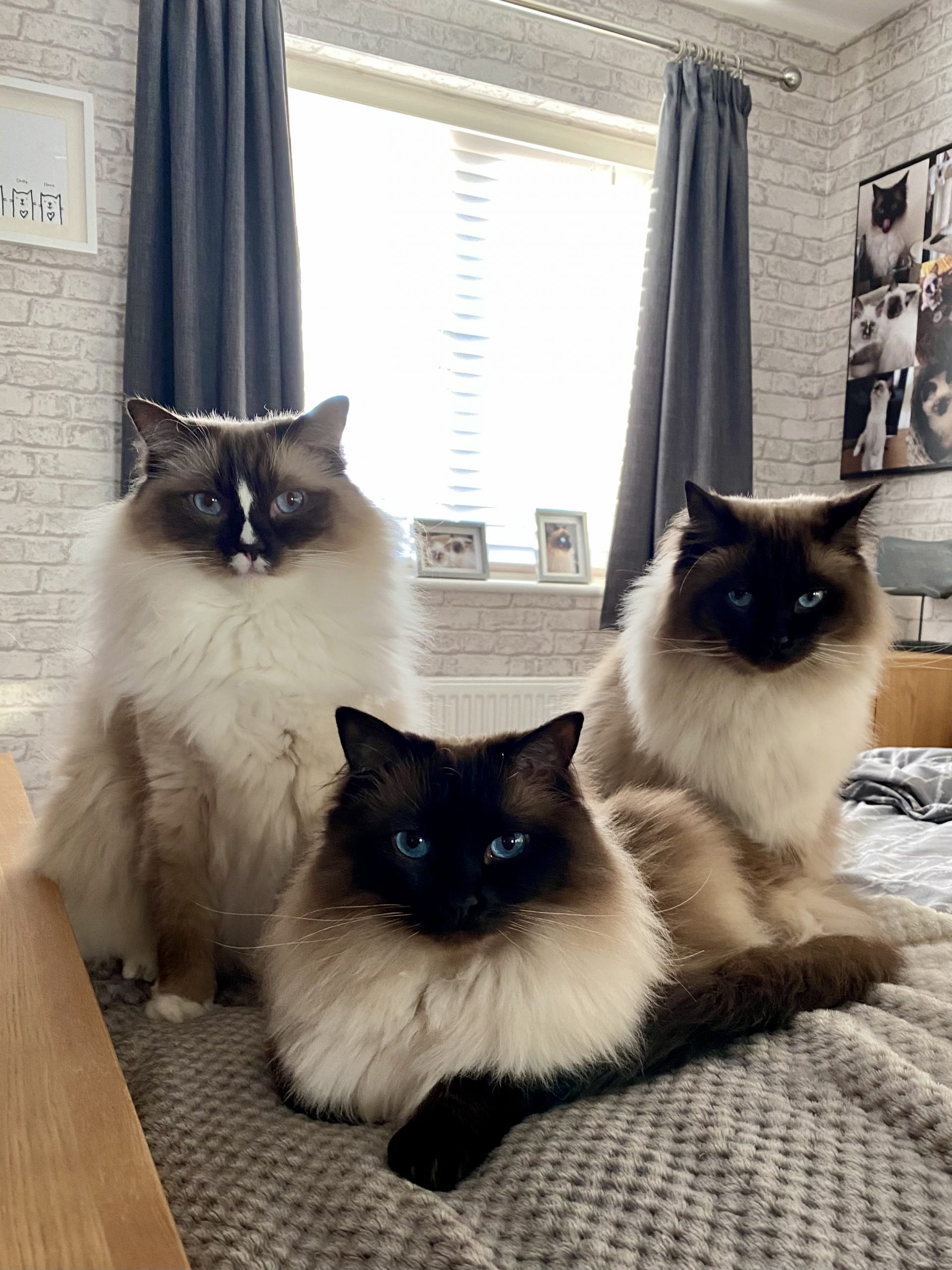 Dolly, Jodie and Hank are ragdoll cats from the north of England and Rhyl, North Wales.  While all are enthusiastic and knowledgeable about environmental law and marine mammals, Jodie especially likes to assist at the computer and will often make guest appearances on video calls.  Outside of their work, they enjoy lying on soft furnishings, eating and being cuddled. 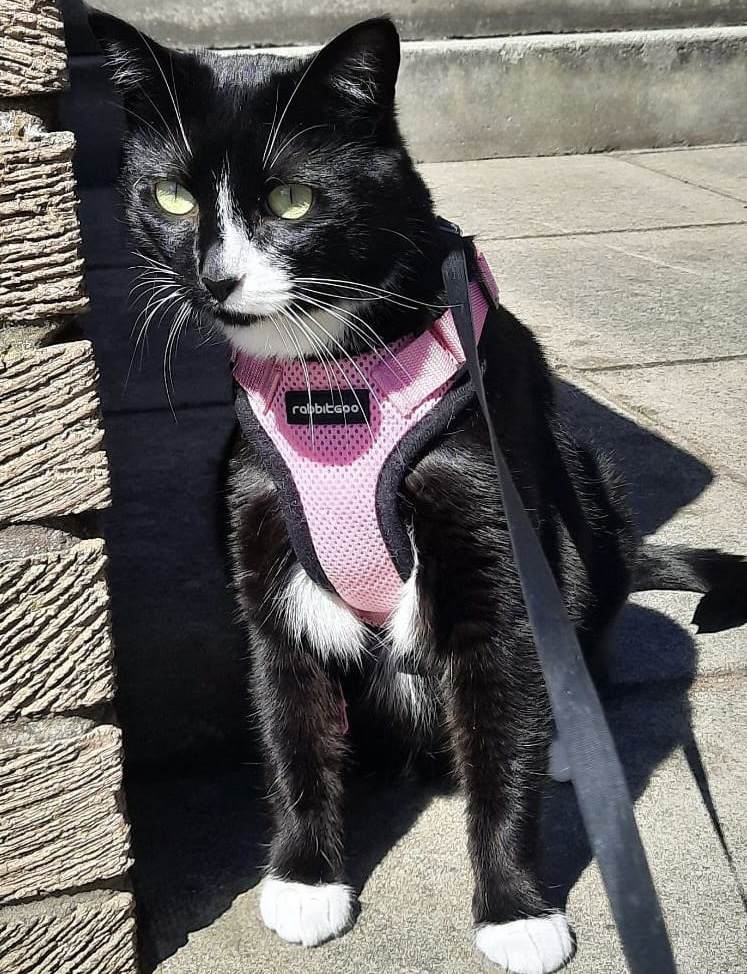 Minnie is a Scottish tuxedo cat originally from Bathgate. Her interests include watching foxes and birds through the window, food, and walking with Valentina in the garden. Minnie has never visited the ocean, but her support is fundamental for her human work for its conservation! 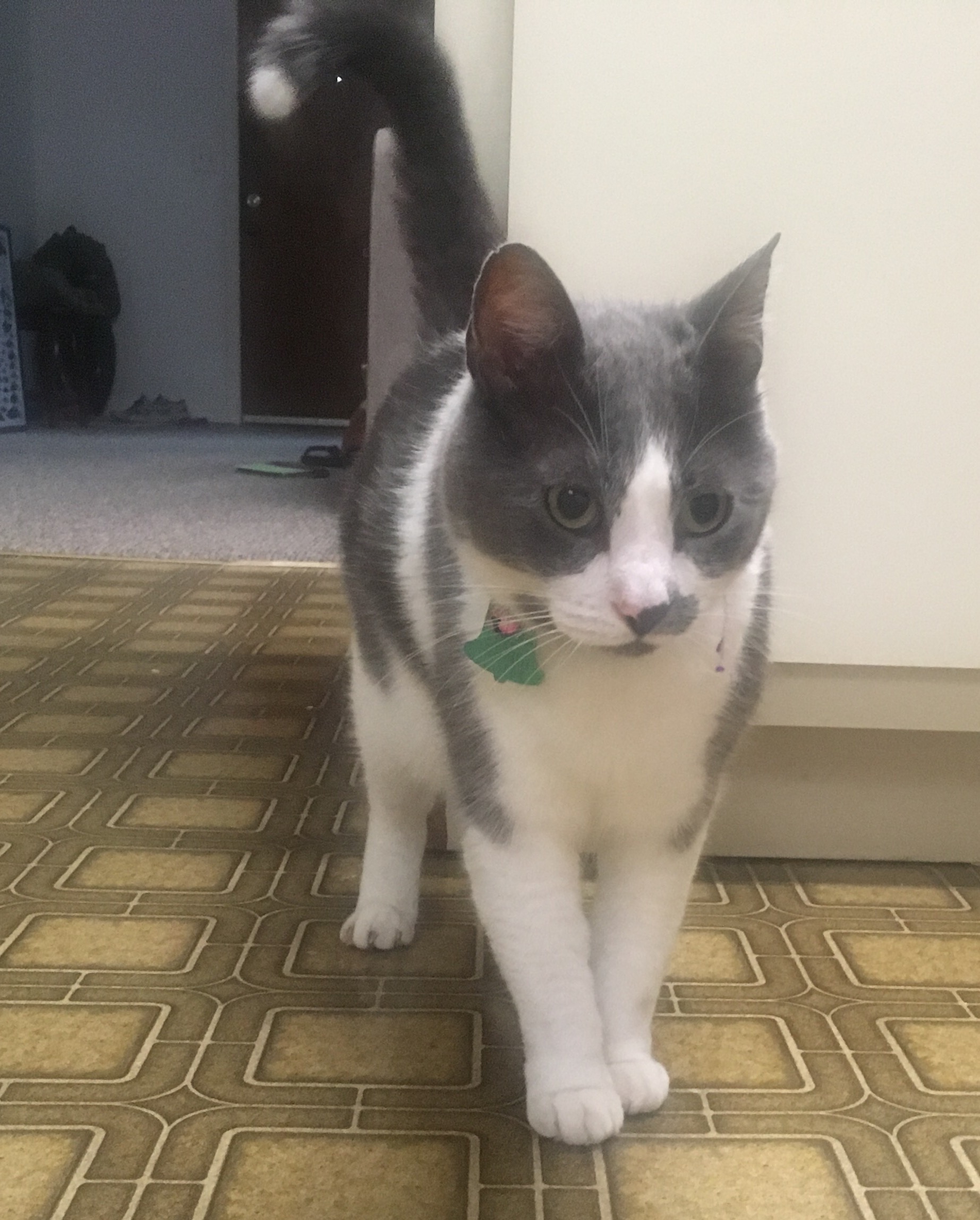 In Memoriam. Orca the cat was a key member of the Cet Law team. She never liked to be left out of a conference or Skype call, often making her presence and thoughts known. She was a fierce defender of cetaceans and their habitats, taking after her namesake as an intelligent, social, cultured, beautiful being, albeit with stinky fish breath. Orca liked her time “on” the computer as well, assisting to draft and send emails in an untimely manner and adding interesting perspectives to legal documents. Orca was well-known for her glow-in-the-dark dolphin collar, ladylike lounging and making sure that members of the Cet Law team were up and ready at the crack of dawn, whether they like it or not.